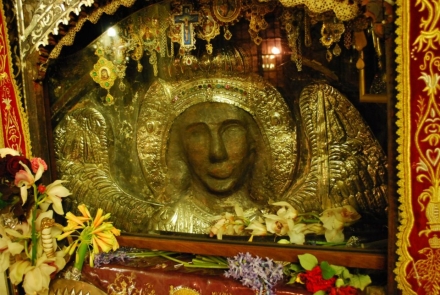 Located in Mantamados, this churchis dedicated to the patron of the island,  Archangel Michael. It is one of the most important shrines of Lesvos with the famous picture of Archangel Michael to be admired as the only one existing in the world of Orthodox Christianity. That fact that is a relief and of course its miraculous qualities, give it a special value. The story remains untouched in the centuries.

The image was created after the massacre of the monks of the monastery, during the Byzantine years, by pirates who those times used to reap the Aegean. The sole survivor, a novice monk named Gabriel, was miraculously saved by Archangel himself, whose sword stands infront of his picture. Then, the monk created this wonderful picture, which is actually made of the killed monks’ blood he gathered stirred with dirt. He was trying to visualize the shape of the Archangel who shaved his life. Since then, the miracles described are many, as the Saint of the "iron shoes" constantly protects the faithful. The celebration of the monastery takes place 15 days after Easter Sunday.

Kalamakia Rooms and Apartments at Vatera of Lesvos
Category: Lesvos Apartments and rooms to let
0.0 (0)

Skala Sykamias - Panagia Gorgona and the…

Take a walk from the village of Sykamia down the serpentine road toward the seafront - you will be rewarded by a rich imagery of olive groves, farm holdings and... 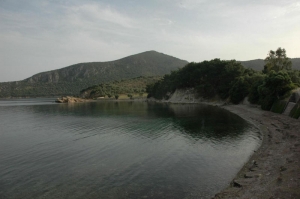 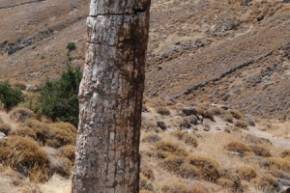 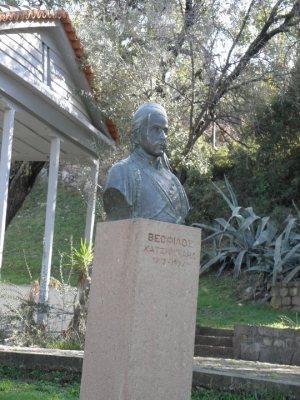