It is worth to visit Chios during the carnival period and experience its locals’ traditions. “Mostra” is one of the most famous carnival customs on Chios island and takes place at the village Thymiana for 3 contiguous days. This custom has began from the Middle Age, when on a celebration the locals where informed from the tower guards that pirates are about to casting off  the port. Thymianians then, grabbed their guns at once and run to confront the intruders. A tough battle was fought, but the locals managed to confound the pirates who they later on were hanged.

Nowadays, the simulation of that important win lasts for  3 days as we have already said and during those days the locals wander the streets masquerading and dancing a tradition dance named “Talimi” that is actually on more simulation of the battle. The custom ends with a Carnival parade and of course a big party at the square of Thymiana.

On Shrove Monday, at Mastichochoria, Mesta, Pyrgi, Lithi, and Olympoi the well known custom of Agas takes place. This tradition has began when the island was under the Ottoman possession and satirizes the Ottoman judges who constantly demanded from the locals to pay over whelming taxes. In our days, “Agas” with “Chanouma”, enter the square riding a donkey.

The court begins and the farmer that represents the Ottoman Aga, judge the attending crowd using lame and funny excuses. The square on this particular day is full of people whose laughter is spreading through the air since no one can avoid the teasing and the “punishment” of the Ottoman Judge.

The attendees, have to pay a small amount of money for their offences, or they face the plastic bat the advocate holds. The money that are gathered go to the local organization. At the end, Agas is punished and everyone continues to having fun with folklore music and traditional dances.

Best Rent A Car at Mytilene and Molyvos of Lesvos
Category: Lesvos Rent a Car
0.0 (0) 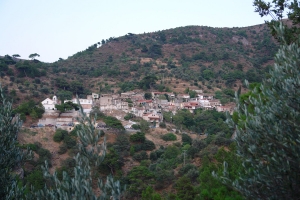 Perched on a rock between the mountains of Pelinnaio and Amani, you will find the picturesque village of Leptopoda. It is worth it to stroll through the narrow streets of... 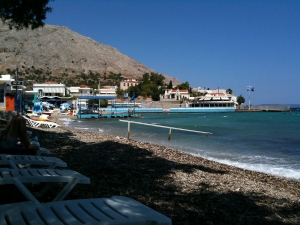 As its name indicates, this small beach at Ormos Lo is located in a scenic area along the eastern shore of the island, around 5 km from the city and... 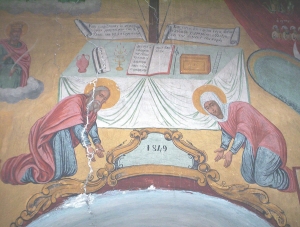 Moundon Monastery is the second most important monastery of the island after Nea Moni. It is located near the villages Diefha and Volissos of the municipality of Amanis and is...